Our first week of the USA vacation is behind us. We have had a very relaxing time at my husband’s sisters house in New Jersey. The kids have been playing with their cousins and playing Just Dance 4 nonstop. Fun times all around.

We all love the USA (no one more than myself!) the kids are calm here and H loves to eat out in America (who doesn’t?!) I so wish we could live here again, its almost bittersweet being here. Being in my land and knowing I have to go back to rainy old England. Never mind, I’m going to make the best of it!

Tomorrow is our last full day here in NJ then we are off to Orlando, FL for 2 weeks!! I am so so so excited because we didn’t tell the kids we were going to Florida and Disney, they are going to love us! I am ready for some sunshine in a bad way.

H hasn’t mentioned the interview once since we’ve been here. I find that shocking. So he must be relaxed. I, on the other hand have it on my mind. Ugh. Must. Not. Think. About. It.

Oh! I almost forgot the biggest news of the trip!! Zacky lost his first tooth on Thursday (the first night we were here). The tooth fairy came and brought him a one dollar bill which was more impressive than a one pound coin. Very fun and a bit sad for this mama, my baby is growing up!

I stopped obsessing about this whole moving issue about a week ago. I will go so far to say that I forgot about the short listing that H got in February. I got busy, which turned out to be a good thing.

But now, the interview date has been set and travel arrangements have been made… H is confident going into all of this. I am more cautious. Alhumdulillah, H is an amazing doctor and has gotten every job he has interviewed for in the last 5 years, I am outrageously proud of him, but as much as I HATE living in the UK right now, I am wishing, wondering, debating if I really want to drop everything and move to the desert.

I have started to evaluate my friendships very closely and find out why I love my girlfriends so much. The reflection is in large part to my first really good friends impending move back to her home, Canada. I feel really happy for her. But she was the first mom friend I made. We have had almost 6 years of daily life struggles, laughs, and lunches. We went from being mothers of one daughter each to mothers of 3. I am going to miss her desperately.

With this friend going and experiencing these feelings of losing someone who has been my family when I had no one close by, I wonder if I am ready to do the same thing. Doing what is best for my family is my first priority, but I often wonder the impact I’d leave on those women who I have chosen to make my family while I have lived in the UK. Am I ready to give up everything I have built for myself? maybe.

I need to remember 2 things in this emotional roller coster:
1. Allah is the best planners.
2. Don’t get so worked up about it.

I do realize that if (inshallah) we do move to Saudi, I will be living a very similar life. My day to day on paper would be almost identical, minus the school run. There will be a lot of expat women to meet and forge friendships with, lunch dates to be had, and plenty of time at the gym.

Only time will tell. There is more than a month until the interview so its best that I forget about it again. Otherwise I’ll re-read expat blog in its entirety again! Thank God I have an Easter trip to the USA to keep my worries at bay, I so need this trip!
<! 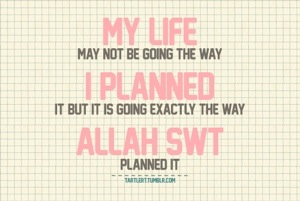 This week has been irritating.  England is wearing thin on me.  I’ve been here too long.  I have not adjusted to the culture here and honestly, I don’t want to.

Four things this week have tipped me over the edge:

First of all OMG! Who says that? My children are not ‘half-cast’ and we are NOT living in 1945, it is NOT ok to say that to someone.  My beautiful children are half Asian Indian, half White American.  They have a beautiful olive skin, amazing brown eyes, and the most luscious medium brown locks a child could have.  My children will forever be more beautiful that you, you horrible woman with bleach blond hair and pasty white – too much fake tan skin.  I forever hate you and your parents who taught you that is ok to speak so rudely and think so backwards.

2.  “You have to accept the fact that your kids are British.”

Um, no, I don’t.  As an aquantince of mine you cannot dictate my children’s nationality, which is American.  We are living in Britian, we are NOT British.  We will not live here forever.  Considering the fact that all of our close friends here are not from here and the majority of them are either American or Cananadian they are growing up with a North American culture and not a British one.

3.  “We’ll get those children speaking properly.”

Again, WE ARE NOT BRITISH, therefore, we will not speak British English, or say things like vit-a-min.  Its vite-a-min.  We don’t add the letter U where it does not belong.  My name is MOMMY not MUMMY and if you ask my 5 year old to write that in a card he won’t.  We throw things in the garbage not the bin, and for Gods sake toffee is only ONE kind of food!

That is so stupid I just have no comment with out swearing, I’ll leave you to ponder that.

We are still waiting on the interview date for the job in Riyadh, its supposed to be in April sometime.  The sooner the better, I need a change.  There have been emails from other recruiters regarding jobs in the UAE, which is my first choice but I’m not hopeful for any of those right now.

Trying to keep my spirits up this week and try not to speak to any idiots as well.